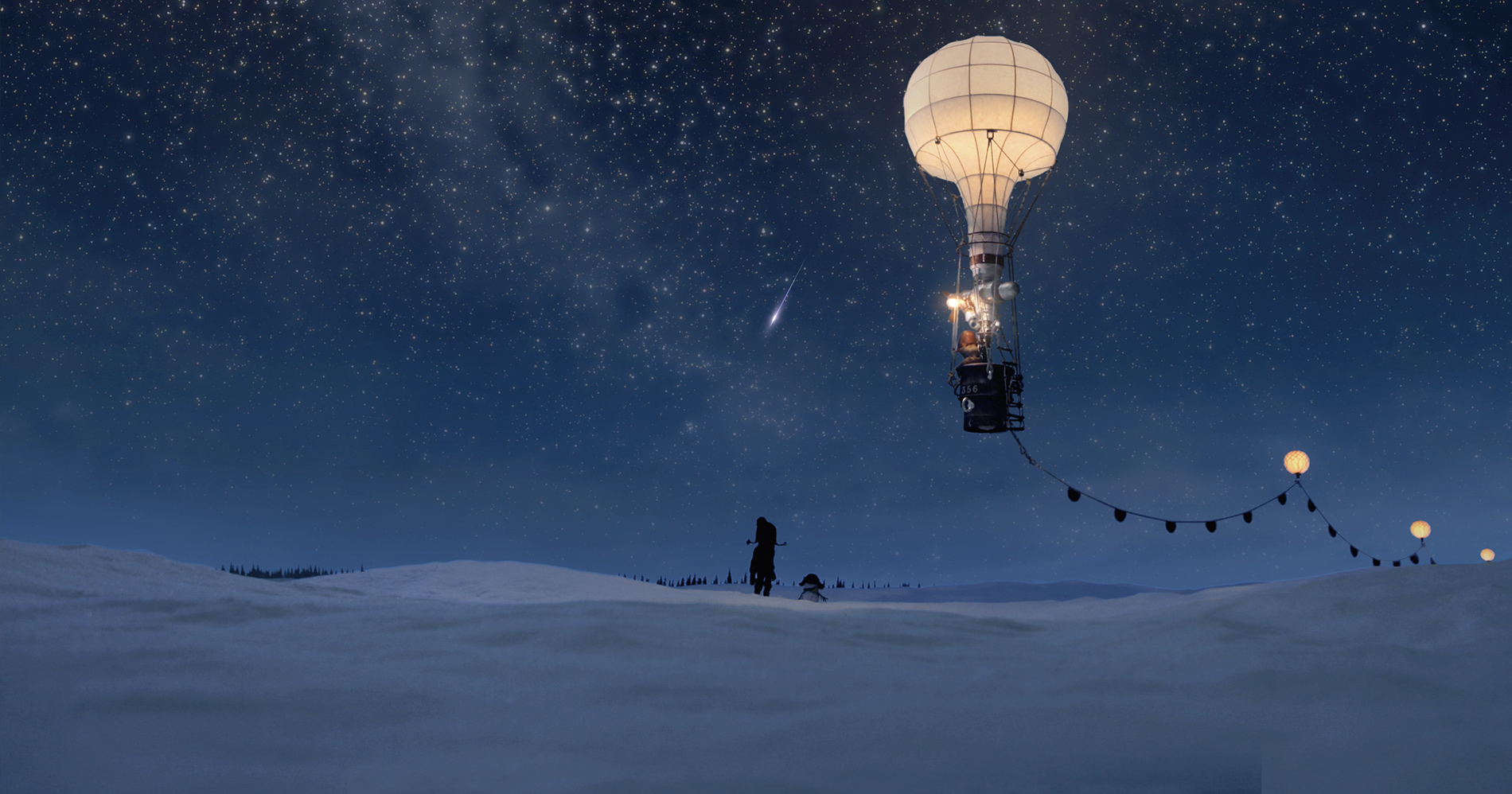 NORMAN the SNOWMAN
-On a Night of Shooting Stars-

On the night of the meteor shower, the city was covered by snow clouds. A boy and Norman, who set off on a journey in search of a break in the clouds, encounter a strange youth in a hot air balloon. It is the second in the series, produced in response to the popularity of the previous work. Just as with the first film, it is now being screened in planetariums across Japan.
Co-production with Explorers Japan
Produced in 2016 (25 min)